I trust you all know that “Delmarva” is short for “Delaware, Maryland, and Virginia.” It is one of the oldest settled areas in the U.S., with Spanish, Dutch, Swedish, and England settlers squabbling over the land starting as far back as 1566. 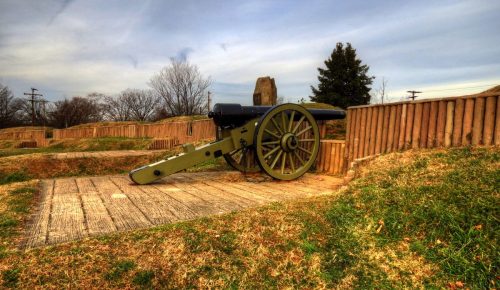 My trip began on the Friday before Christmas and quickly became a vivid reminder of the gross differences between the “haves” and the “have nots” in Colonial and Civil War times in the United States. As always, my faithful and ever-willing BMW Z4 conveyed me from one destination to another in comfort and style—a far cry from the horses, wagons, and carriages that plied these roads in years gone by.

And what better way to get there? I even got a tour of the place, and I didn’t have to move in. But let’s start at the beginning. On November 10, I set off to explore the eastern panhandle of West Virginia. I was expecting interesting and challenging roads, beautiful (and hilly) scenery, and little-known historical sites, and I wasn’t let down.

Based on my usual lack of good judgment, I set off to tour Tidewater Virginia in the midst of Tropical Storm Karen’s pouring rain and the recent government shutdown. I got plenty wet, and—for the first time ever—the Z4’s top remained in place throughout the tour, but I had a super time.

You never know what a BMW/Z4 road trip will lead to. My latest one involved missing shadows, ringing rocks, a beautiful young Mexican cliff diver, The Blob, and a search for Indian Hannah and the Stargazer’s Stone, which sounds suspiciously like a Harry Potter novel. And, of course, the usual historic ruins and tragedy.

The hills of southwestern Virginia are a wonderful place to relax, enjoy the outdoors, go sightseeing, and try the mineral springs. In the late 1700s and most of the 1800s, people flocked to the resorts and spas around Roanoke for exactly these reasons. Today, however, only a handful of these places survive. What happened to the others? And where was Dirty Dancing really filmed?

My most recent Z4 tour started with the top of a mountain, a sudden rainstorm, and two new friends, and it ended with a world-class collection of BMW motorcycles and automobiles. In-between were some of the most interesting and beautiful sights I’ve seen on any of my GS and Z4 trips. Continue on, faithful readers, and see if you agree…

Great driving roads in Ohio? You bet! Along with covered bridges, Indian burial mounds, massacres, ghost towns, Mothman, and an extraordinary haunted house. What more could I ask for?

With a beautiful day in store, I couldn’t resist the temptation to jump in my 2006 Z4 3.0i roadster and seek out new and interesting roads, scenic areas, and historical sites. With the expression “seek and ye shall find” running through mind, I set off for Lancaster County, Pennsylvania, where I managed to find all of the above.